By far the biggest “nightmare” phase of my life was planning our wedding. I had numerous nightmares but knew I must be taking the whole thing too far when my Maid of Honor started having nightmares too – about OUR wedding. 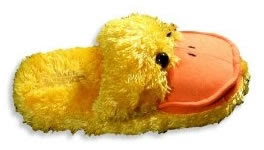 Erin dreamed we were all waiting for the wedding to start when suddenly she realized that she had forgotten her white, high-heeled bridesmaid shoes. Seizing her mother's fuzzy yellow slippers, another bridesmaid convinced her that if she just told me, “Oh, my feet are a bit swollen,” I wouldn’t care and no one would fault her for the untraditional footwear.

She was relieved until she noticed that we were one bouquet short on the bridesmaid's flowers. Hurriedly she convinced a bridesmaid (some girl she didn't recognize in the line-up - who WAS that girl?) that it was much more important that the MAID OF HONOR have a bouquet than her. Of course it was!

It looked like it would all be OK...when I rushed up to her in my white, sequin leotard and insisted that she stall the wedding while I finished applying my fake eyelashes.

Desperate to STALL THE WEDDING, she walked as slowly down the aisle as possible. Finally, when she got to the end, she was so tired from all that slow motion walking she couldn't physically keep her eyes open. She concocted a plan to just tell me that it only LOOKED like she was sleeping, but really she had been crying because I was so beautiful (somehow crying and sleeping look like the same thing??). But before she could explain her insomnia…the flower girls came running down the aisle with DREADLOCKS in their hair. Cute she said, but a bit disturbing.

Eventually I walked down...but instead of letting my father give me away...I started preaching. Pacing up and down, I directed my fiery lecture on "Love is a Choice" to the bridesmaids, groomsmen and audience. I’m sure I was convincing in my white sequin leotard (maybe "love" should have chosen a less gymnastic wedding dress).

By the end of the "ceremony" none of my bridesmaids could figure out if Karl and I had actually gotten married.

Can you make this stuff up? How do you recover from a wedding nightmare like that?!

One of the best things about my parents is that we talked about everything growing up and this often included dreams. Regardless of my flavor-of-the-month-career-aspiration, my father would invariably reply, “Wouldn’t you rather become a missionary?” It’s amazing how much passing comments of our parents deeply affect our destiny!

This past year I was surprised to find out the girls of Ocean View dream too.

During our film club when asked what they wanted to be when “they grow up” – they responded like many American teenage girls - they dreamed of becoming a professional dancer, model, teacher, soccer player (see the video: Film Club Movie).

Despite the big dreams, many come from nightmare lives.

One of these “film club” girls was raped repeatedly at the age of 11 by her step-grandfather. Her brother, furious, murdered him in front of her. 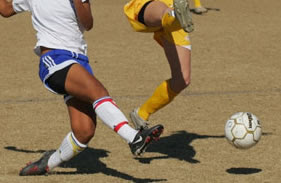 The step-grandfather’s family to this day insists she brought it on herself and calls her a whore. She dreams of becoming a famous soccer player and escaping this nightmare life where she questions every day if it's somehow her fault.

For all of these girls, their parents don’t own a car, they aren’t able to take dance lessons, get extra tutoring or attend professional soccer training – but still they dream. And they aren’t afraid to dream big.

Right now my dreams are simpler. I dream of having 10 minutes to myself, the time to finish a book, well-rounded-yet-unspoiled children, less clutter, more patience.

At this stage in life for many of us, most big dreams not only seem out of reach, but the truth is – we can barely remember what they once were.

Life is loud and messy and has a way of luring us into a dreamless sleep.

Why am I in Africa? True it’s a calling and a dream – but it’s more than that.

It’s the answer to this question I continually pose to myself:

When I’m 92 and full of wrinkles, cinching up my Depends, and on 22 medications – when I look in the mirror and ask, “Did I dream big enough?” what will I say? 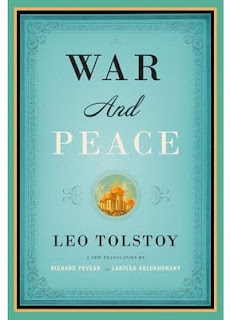 I’m not talking about a bucket list of “dreams” like learning how to ski or seeing the Great Wall or reading War and Peace – I’m talking about the MAIN THING in life you know you MUST do.

Put another way…I’ll ask myself, “Was my life worth living? Did I do anything that really mattered?”

I’ve thought a lot about this – and landed on this: The only thing that really matters, that makes life worth living ––when health and strength and vitality are distant friends - is “Did I obey God?”

Obeying is not a word I like to use – it sounds so authoritative, definitive, unbending and bossy.

But never-the-less, it’s THE thing that matters. That’s it. That’s all there is, folks.

Sometimes for me obeying is to stop talking about a leader I thoroughly dislike, to change my tone with my children, to not buy another matchy-matchy-pink skirt for the girls, to move to Africa.

It doesn’t really matter what it is – it only matters that I do it.

By faith Abraham, when called to go to a place he would later receive as his inheritance, OBEYED and WENT, even though he did not know where he was going. (Heb. 11:8)

I want to obey God, even when I have no idea where I’m going.

When we go, when we obey – that is the place of our inheritance. I guess that’s what I really want when I’m 92 – an inheritance (one that I am sure is only found after obeying in a thousand tiny ways).

A wise man once said, “If you can’t hear God any more – go back to the last thing He told you to do, and do it.”

Obeying is about doing – not necessarily the hard thing – but the thing He’s telling you to do. It's that simple - not easy - but simple.
Posted by Julie Ostrand at 12:22 AM 1 comment:

Email ThisBlogThis!Share to TwitterShare to FacebookShare to Pinterest
Labels: Dreams and Nightmares

Ahh…America. So many great things!

Allow me to focus on three stunning facets of the American Restaurant. 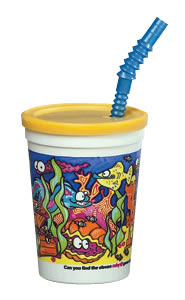 1. Kids cups –It’s plastic (your 4 old can actually drop it without breaking it) AND it has a lid (they can drop it without breaking it OR spilling it). How great IS this country? What more could you want IN YOUR LIFE TIME than kids cups at restaurants? Seriously. Even if you don’t have kids – do you really want some else’s screaming kid spilling their chocolate milk on your shoes while shards of glass fly into your eye? Think about it. Kids cups are a real game changer (not that Africa has chocolate milk - but that's a topic for another day). 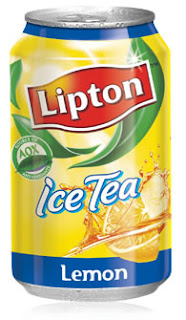 2. Brewed Iced T – Wow. Brewed. You wouldn’t think this would be as exciting as it is – BUT IT IS EXCITING. Virtually every time I had Iced T in Africa it was in a can – just really, really not the same. I will say – it was a little slice of heaven when a fellow CPxer shared their imported-from-good-ole-southern-USA sweet T they brewed themselves. I would have traded several pairs of SHOES for a few more swigs of that!

---- Malt Vinegar – The restaurants in South Africa have a small deficiency in variety and virtually all of them offer Fish and Chips. However, not one of them has Malt Vinegar to go with their an

ti-diversity Fish and Chips. When Karl really pressed the issue – they brought him Balsamic Vinaigrette and tried to pass it off as the same thing. Let me just say, not even remotely similar.

---- Ketchup – They don’t call it ketchup – they call it “tomato sauce” – I’m not sure if that’s a copyright issue or if they just feel strongly that “tomato sauce” is a more honest approach. Regardless, it’s much sweeter in Africa – tastes more like candy Ketchup. To be fair, Karl likes African tomato sauce better (but does that really make it OK?).
I could go on and on – but let’s just say I want to kiss America on the lips! Don't you?
Posted by Julie Ostrand at 11:43 PM 3 comments: 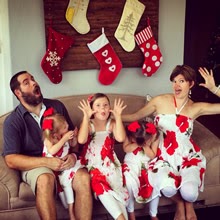